Meditation may slow brain matter loss due to aging. 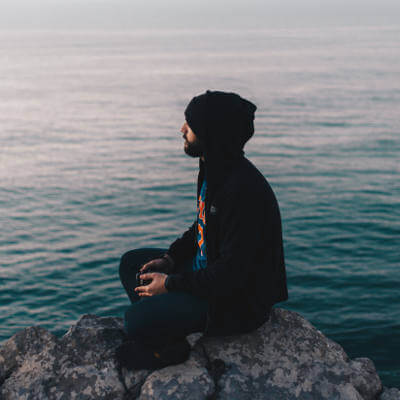 As this author has stated before, science likes to intervene in just about all human activities to give an “authoritative” perspective on whatever all of us do or don’t do. Wrong, right or indecisive, most folks need “scientific authority” to grant a stamp of approval or disapproval on almost anything we do these days.

But even when unnecessary, their findings may be interesting and even reassuring. Most people don’t meditate, and pretty much the same amount of folks doesn’t think there’s any merit in it.

Those who do meditate usually do to gain an insight into who we really are, spiritually. The side effects of calmness and equanimity under what most consider stressful situations is but one “side effect” of the pursuit of absolute truth through meditation.

There are other health benefits among those side effects, such as improved heart health and better sleep (even with less hours), and faster recoveries from common illness such as the flu and colds have been observed in other studies.

A meditation study performed by UCLA researchers
It’s common knowledge that aging usually promotes brain shrinkage and a loss of gray matter. And this starts without fanfare or much notice even before one turns 30. Gray matter is where neurons are stored, which communicate with nerve cells that transmit nerve signals to and from the brain at up to 200 mph.

According to some sources, unlike other cells in the body, brain cells cannot regenerate after damage. But there have been two instances reported by Natural News where comatose patients recovered from extreme brain damage with massive amounts of omega-3 fatty acids.

The UCLA Brain Mapping Center was looking for decreasing gray matter loss due to aging without the adjunct of cannabis, which has been discovered to maintain brain cells.

So they recruited 50 people who don’t meditate as a control group and 50 who do to compare their brain scans from high-resolution magnetic resonance imaging.

Each group of 50 was comprised of 28 men and 22 women ranging in age from 24 to 77. Those who meditated had been doing so for at least four years and up to 46 years, with an average of 20 years.

Although all the older subjects, both meditators and non-meditators showed signs of diminishing gray matter, the researchers discovered that meditators did fare better. Large parts of the gray matter in the brains of those who meditated seemed to be better preserved.

As a matter of fact, according to Dr. Florian Kurth, a co-author of the study and postdoctoral fellow at the UCLA Brain Mapping Center, the researchers were surprised by the magnitude of the difference.

“”We expected rather small and distinct effects located in some of the regions that had previously been associated with meditating,” he said. “Instead, what we actually observed was a widespread effect of meditation that encompassed regions throughout the entire brain.””

It could turn out that, if this study gets out enough, the baby boomer population may have another tool for preventing dementia or even reversing it to some degree. And it’s beyond cross-word puzzles.

Meditation not only slows brain cell loss but helps the immune system by allowing recovery from fight or flight hormones, especially cortisol, which builds up with even minor chronic anxiety and worry to the point of inviting, rather than warding off, more illness.

Reducing chronic cortisol reduces inflammation, and inflammation is the root of almost all disease. So, physical health is enhanced from meditation as well.

Meditation involves assuming a relaxed “witness” position of not judging or trying to change thoughts or thinking of “getting rid” of all thought. Simply observe them and let them come and go like clouds in the sky. Not chemtrail clouds, of course.