Newton did not understand how this worked and left the task of discovering it to future generations. 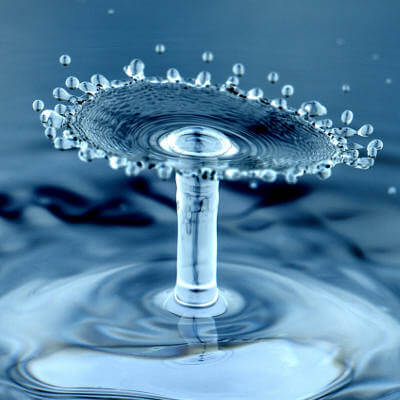 Reviewing history and the evolution of physics, we find that from the very early years of 450 BC, Democritus developed the “Atomic Theory of the Universe” in which he described that matter consisted of particles which he called “atoms” meaning indivisible1. But it was not until the sixteenth century that Classical or Newtonian Physics was developed by Isaac Newton, considered the greatest scientist of all times.

He astonished the world with his great discoveries such as the Gravitational Law that unifies the macrocosm with the microcosm with the postulation of the theory called “gravity”. Newton did not understand how this worked and left the task of discovering it to future generations. Years later, Albert Einstein did it with the development of the Theory of Relativity2, the decomposition or spectrum of the light, passing a white light through a prism and getting the other 6 colors (red, orange, yellow, green, blue and violet) and the development of differential and integral calculus.
Newton said matter is made of impenetrable solid particles with defined and permanent dimension and that they combine in order to produce substances that make ordinary objects with fixed and independent attributes for the observer.
When Albert Einstein postulated the reasons of his famous Theory of Relativity in the early XX century, he laid the foundations for the importance of the relative position of the observer in terms of time and space, thus formulating the concept of what we now know as the fourth dimension called space-time. A matrix in which all objects are immersed in the cosmos that includes the micro and macrocosmos, postulating what has just been rediscovered in 2016: gravitational waves which are generated by the gravitational energy in the matrix of space-time. Gravitational energy is not a force! It is known as gravitational potential energy, which is the ability that bodies have to apply an influence which depends only of the configuration of masses surrounding it. This means, if a body is affected by a gravitational field, which we now refer to as an energy quantum field, that has the ability to move due to the force that the masses exerted on it.
Gravitational waves are vibrations in space-time, the material from which the universe is made of. In 1916, Albert Einstein recognized that, according to his General Theory of Relativity formulated in 1905, the most violent bodies of the cosmos bodies release part of its mass in the form of energy through these waves. The German physicist thought it would not be possible to detect them because they originate too far and they would be imperceptible when reaching the Earth. On February 11, 2016, the international press published that a group of researchers announced the detection of these waves for the first time.
How do gravitational waves behave? They are comparable to waves moving on the surface of a pond or sound in air. Gravitational waves distort space-time and, in theory, travel at the speed of light. Its passing can modify the distance between planets, albeit very slight. As Kip Thorne explained, one of the pioneers in the research of these waves, these effects have to be especially intense in the vicinity of the source, where “wild storms” are produced and which distort space, accelerating and decelerating time.