All organs of the body contain the same genetic information and for each group of cells, there is a function/action. 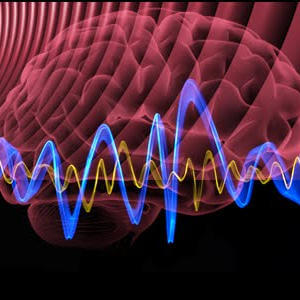 Vibrational medicine is that one that acts at an energy level modifying the altered vibrational frequency in the individual in order to restore the balance (physical-mental-emotional).
All organs of the body contain the same genetic information and for each group of cells, there is a function/action. This means that the set of cells composing the organ has a particular vibration within a range; outside of which a disharmony is created in the vital functioning of the body and disease begins to show up or to appear.

Human beings, their organs, and cells, even though being the same in form and function, keep the established differences between genes, environment, diet, and karma. It is important to remember here, the importance of taking care of our thoughts which are energy with an emotional load and that can affect our bodies through the emitted vibrations, affecting the aura of the person and even make him/her sick.
The cells of the human body are a triduum of matter, consciousness, and energy, and have their own intelligence so that they know when we are feeding them wrong. In 1970, Dr. John Diamond discovered that the muscles are strengthened or weakened in the presence of positive or negative emotional stimuli through kinesiological tests that have a binary response of strength or weakness with which we can test whether a food is acceptable vibrationally for our body. In 1985, Dr. David R. Hawkins, PhD in Physiology, Director of the Institute for Advanced Theoretical Research in USA., designed a calibration instrument of “relative truth” using a calibration scale of relative truth of the people, stating that muscles are strengthened or weakened facing truth and untruth, being their answer binary and not dependent on the person. This method, called kinesiology, allows distinguishing the truth (Book: Power vs. Force, Ed. Hay House). While it is not practical to test each food kinesiological in patients to assess if it is vibrationally incompatible, when a patient refers specifically to a food intolerance it can be performed and it will be valuable.
In 1992, A. A. Garaiev and A. Pomponi published in Nature, “The DNA Phantom Effect”, showing the alignment of the photons of a light beam projected on DNA placed on a vacuum bed and the photons remained with the same form of DNA once removed from the chamber. It was demonstrated later how emotions affect the structure of DNA. Recently Luc Montagnier, Nobel Prize for Medicine in 2008 because of his contribution in establishing that HIV causes AIDS, has reported that DNA can send electromagnetic traces of itself to distant cells and fluids. He suggests that enzymes can confuse the spectral fingerprints of real DNA and faithfully copy them in order to reproduce them. Indeed, this would equate to a kind of quantum tele transportation quantum of DNA.
As it can be seen, quantum physicists, epigeneticists and science will not stop and continue to research reporting findings that surprise us more every day and which were previously considered as unthinkable or unattainable.
Conclusion
Again, quantum physics is giving us new tools to facilitate the care of our patients and applied to epigenetic, it allows the development of new paradigms. The keys are resonance and vibration, including the new preventive medicine. All of these require now the new reading systems of vibrational energy recorded in the hair follicle of human beings and now the S-Drive makes this happen