Why check your blood sugar?

Intense thirst, frequent urination, rapid weight loss, fatigue, visual disturbances, itching, difficult wound healing … the first symptoms of diabetes often go unnoticed or are attributed to other causes. It is believed that in Europe only, to the 60 millions diabetics who are aware of it, there should be a fifth that did not know until their health worsened dramatically. Unfortunately for them, if diabetes is not discovered and treated promptly, the consequences can be very serious and even fatal. In industrialized countries, diabetes is the third leading cause of mortality after cardiovascular disease and cancer.

As is well known, diabetes mellitus is characterized by too high a blood sugar (excess sugar in the blood), caused by insufficient insulin secretion. The latter has the function of lowering the blood glucose level. Causes of insulin deficiency, a slowed pancreas activity or an abnormally high body requirement.

In the first case, it is insulin-dependent diabetes: the beta cells of the islets of Langerhans of the pancreas are destroyed, no doubt as a result of the impaired functioning of the immune system. This hereditary anomaly cannot be corrected by any nutritional measure. Insulin-dependent diabetes occurs at a young age, before the age of 20, sometimes shortly after birth, and requires precise therapy and a strict regimen. In the second case, the pancreas secretes, at least at the beginning of the disease, a normal amount of insulin, but the tissues require more. It is non-insulin-dependent diabetes, less severe and much more widespread (85%). Here too it is a question of a family disease, in which nutritional factors are very influential. This diabetes, also called “fat”, is more frequent among people who have, or have had, problems with being overweight. 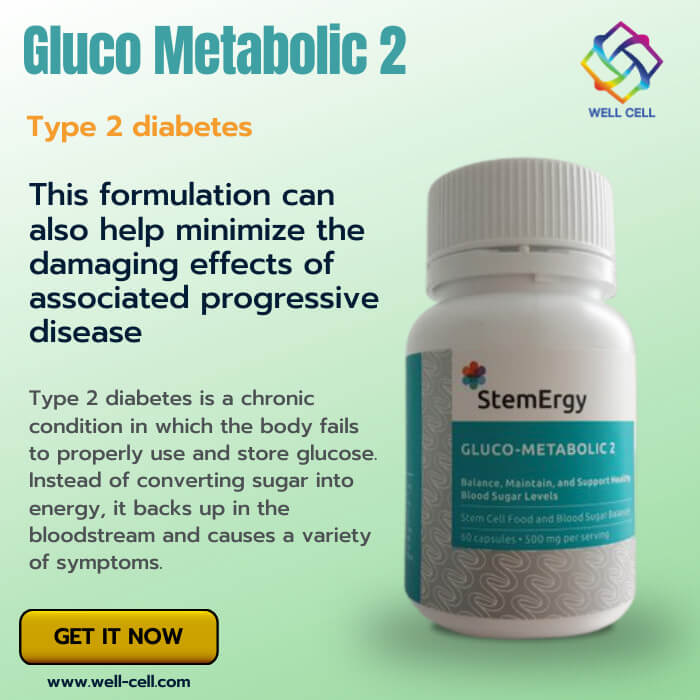 If the diagnosis is early, a change in eating habits and increased physical activity are often enough to control it. And here are the main dietary rules:

The consequences of late diagnosis

Unfortunately, for about a third of diabetics, the diagnosis occurs at an advanced stage, 5 to 10 years after the appearance, when it has already caused irreversible damage. In the long term, hyperglycemia hinders the healing process of wounds and the healing of infections. It can also cause changes in the arteries and heart (arteritis of the lower limbs, coronary insufficiency) as well as impaired vision (retinopathy), kidneys (nephropathy) and nervous system (neuropathy).

Diabetic retinopathy is the leading cause of blindness in Western countries. Kidney disease, which affects 40% of patients, can evolve towards kidney failure. Neuropathy mainly results in decreased sensitivity of the feet and legs. When combined with infectious complications, it risks causing ulceration and even gangrene that makes amputation necessary.

It is clear that an early diagnosis decisively determines the fate of the patient: hence the importance, for people at risk, of a regular check-up (at the pharmacy, at the doctor, in a diabetic clinic or at home).

Today there are devices for measuring blood glucose, of simple and ultra-fast (30 seconds) use, very light (50 g!) And therefore easy to carry. They ensure very precise results. Moreover, a not insignificant detail, they are affordable.
With these devices no negligence is justified anymore!

Regular blood glucose control is undoubtedly the most important means for the early identification of diabetes. As we have seen, diagnosed in time, it allows you to apply the appropriate measures thus avoiding fearful consequences. Stabilized diabetes does not shorten life and, more importantly, it does not ruin it.

I am a Nutritionist Biologist. I graduated in Biology with a specialization in Genetics in 2006 and then my master's degree in Biology in 2007. Later I had various experience in the field of nutrition and research. Combining a healthy and balanced diet can help you live better and strengthen your health. A targeted and personalized nutritional plan certainly affects your well-being. Therefore, adopting a healthy and balanced diet with a personalized food plan based on health, habits, tastes and culinary skills, can give the desired results.
Join The Conversation