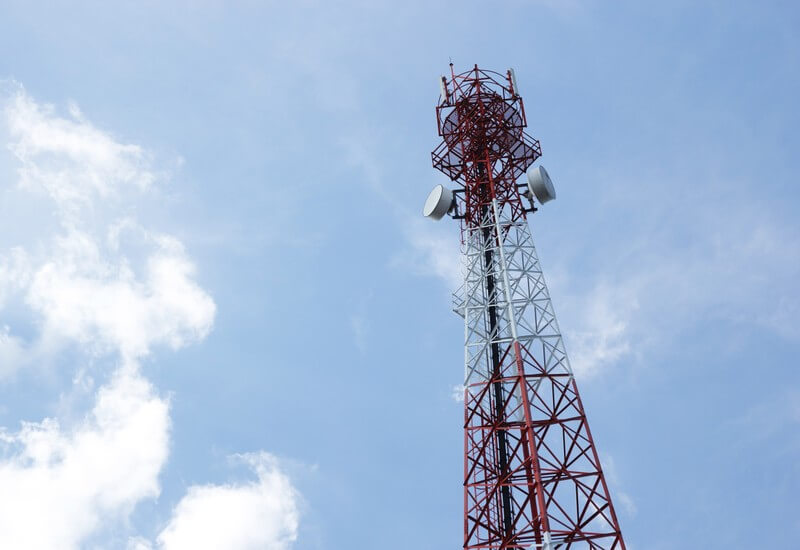 The debate about the influence of electromagnetic waves on our health remains lively and controversial and causes recurring “red alerts” in the public opinion. In this blog post we will attempt to do some clarifications in this regards.

The electromagnetic radiations, according to their frequency, are divided into non-ionizing radiations and ionizing radiation. Let’s immediately clear the field from the latter, such as X-rays and gamma radiation is certainly carcinogenic, because it is radiation that can transfer to the electrons present in the atoms of the struck matter, an energy superior to that which binds them to their atom of belonging, detaching them. Because of this detachment the atom will no longer appear electrically neutral, because the balance between the positive charges of the nucleus has been altered, represented by the protons and the negative charges of the electrons, giving rise to an ion.
When electromagnetic radiation has an energy that affects the material producing ions, it takes the name of ionizing radiation, and is able to trigger carcinogenesis. When on the other hand, electromagnetic radiation does not have enough energy to disconnect the electrical charges from the atom, non-ionizing radiations are defined, which today present a vast field of applications, continuously increasing. Just think of the uses of electricity, to the radio and television waves, radar, medical equipment (from marconi therapy to resonance magnetic), to fixed and mobile telephony.

Often the energy emitted from such sources is not completely used, but is distributed in variable quantities in the environment, raising considerably the values of the natural electromagnetic background given by sources such as the sun, lightning and cosmic rays. Scientific research has long been intensively activated to find out if exposure to non-ionizing radiation entails health risks, especially if it can cause tumors. But the results of this endless research do not allow today to affirm with certainty, but not even to exclude with equal certainty the existence of such risks.

As this scientific uncertainty is a cause of growing apprehension in public opinion up to provoke exaggerated emotional reactions compared to the data in our possession, scientists advise to prepare preventive measures even in the absence of certain evidence on damage to health, especially for long-term exposures.
For example, epidemiological detection of an increased incidence of childhood leukemia consequent to the exposure to magnetic fields, even if the cause-effect relationship has not been scientifically demonstrated, has led authoritative international organizations to classify these fields as “possibly carcinogenic for the man”.

Therefore, in the presence of discordant studies between those who support the harmlessness and those who support the dangerousness of the electromagnetic fields , the WHO (World Health Organization) recommends applying the so-called “Precautionary principle”. This is a modality of preventive intervention against a potentially serious risk, pending the results of ongoing research and is aimed at providing provisional answers but “precautionary” until safe proven and scientific data is made available.

The main sources of non-ionizing electromagnetic radiation used today, susceptible to reaching varying levels of exposure in their vicinity, are grouped into static fields, extremely low frequencies, intermediate frequencies, radio frequencies and microwaves. Causes of the presence of electric fields in the environment can be electric blankets, kettles, stereos, refrigerators, irons. However, high voltage power lines are the main source of electric fields within an extended band up to distances equal to two to three times the height of the line.

Among the causes of the presence of magnetic fields in the environment are hair dryers, blenders, televisions, drills, electric trains and so on, the list is pretty extensive. This  in a ratio that goes from 5000 volts of a high voltage line to the few dozens of volt of a household appliance. Other sources of electromagnetic waves are found and in the telecommunications sectors, radio and television broadcasts of professional and also amateur radio systems, radar systems, both military and civil (anti-theft),  dishes for satellite communications.

Sources of high-frequency magnetic fields have increasingly spread both for personal use and for homes, hospitals, schools and offices. The list is long and comprises of automated systems for access control, video terminals, metal detectors, anti-theft devices, cordless phones and cell phones and so on. As for the mobile telephony, we must bear in mind that the intensity of the electromagnetic field around one cellular phone depends on the model of the device as well as on its distance from the head. So it is recommended using the speakerphone and making short communications, perhaps alternating with each ear. Equally important is the distance of the cell phone from the radio base station, because it can reduce the power emitted by the device by a factor of a thousand. The electromagnetic waves of a cell phone can interfere with implantable electro-medical devices (pacemakers, prostheses acoustic) and other sensitive electronic equipment (radio, TV, aircraft equipment, cars, etc.).

The industrial use of electromagnetic fields essentially concerns the way of causing the heating of materials such as metals, glues, plastics, wood, etc. The main applications of electromagnetic waves in the medical field are, in addition to marconi therapy and magnetic resonance, also diathermy, radar therapy, hyperthermia techniques in the field of oncology and electrosurgery. The most exposed subjects are patients and workers in the manufacturing industries of such devices.

But what are the effects of non-ionizing electromagnetic waves on humans? They generate circulation of currents more or less localized in the human body, whose dissipation can lead to an increase. The part of energy absorbed by human tissues is dissipated as heat of local or global temperature. Certain organs are particularly at risk, like the crystalline lens, unable to dissipate heat because they are lacking in vascularity and subject to forming those opacity layers called cataracts; or the testis, which normally operates in temperature conditions lower than the body, so the induced heating can potentially cause infertility.

Even if the probability of getting cancer following electromagnetic waves exposure has not been scientifically ascertained, absolute uncertainty can not be excluded. Hence, the lack of certain scientific knowledge must not represent one alibi to postpone prevention measures, according to the aforementioned precautionary principle, based on which measures can be taken immediately for protection against non-ionizing electromagnetic waves.

Just by way of example, it is to note that we can all contribute to minimize the potential dangers of electromagnetic waves, for instance at home it is a good thing to do to distribute fixed appliances, such as the fridge or the water heater, so as to avoid long stays within a meter of their surface. Local communities can contribute in a broader way by reducing exposure to fields generated by power lines, for instance new house complexes and urban areas should be built in a way aimed to increase height of the power lines from the ground, and use shielded or buried cables inside the residential and commercial properties.

The above precautionary measures are all dictated by common sense and can truly help to dissipate concerns related to “electrosmog”, a neologism coined only to emphasize risks to the public opinion.

In today’s technological era, we are continually called to discuss the relationship between health and benefits on the way of comfortable life. In this regard, rather than taking a chance and considering the exposure to electromagnetic waves innocuous as it’s dangers are yet not fully proved it should be everyone’s business to do their best effort and maintain the exposure to such waves at the lowest level of reasonably achievable risk.

Read other posts from Mirko Francioni

I will be happy to read and reply all of your comments. also feel free to share on any of the Social Media listed below and start the "Conversation". As always, thanks for popping in and see you soon.
Join The Conversation