In the whole world, the number of people suffering from hypertension (WHO) is around 1.13 billion, of which more than a third without their knowledge.

This is not surprising, since on the one hand a large part of our population does not have blood pressure checked regularly and on the other hand because mostly this disease does not present any symptoms. Rarely and only in severe cases, hypertensives are subject to headaches, visual disturbances and / or ringing in the ears.

Blood pressure varies according to different parameters: age, emotional state (especially stress), physical activity and time of day. It generally increases already after the age of 35 and in women, at the latest, after the onset of menopause. Negative emotions (such as the fear experienced in the doctor’s surgery by certain patients, called “white coat syndrome”) and intense exercise cause a passing increase in pressure.
In general, the normal values ​​are between 140 and 90 mm Hg.

In 90% of cases, the cause of high blood pressure is unknown, which is then called primary or essential hypertension. In most cases, the synergy of several factors causes this pathological rise in pressure: obesity, excess salt and alcohol, sedentary lifestyle, smoking, stress, taking certain medications (oral contraceptives , corticoids, etc.) and inheritance.

Much rarer, secondary hypertension can be linked to kidney disease or hormonal imbalance. 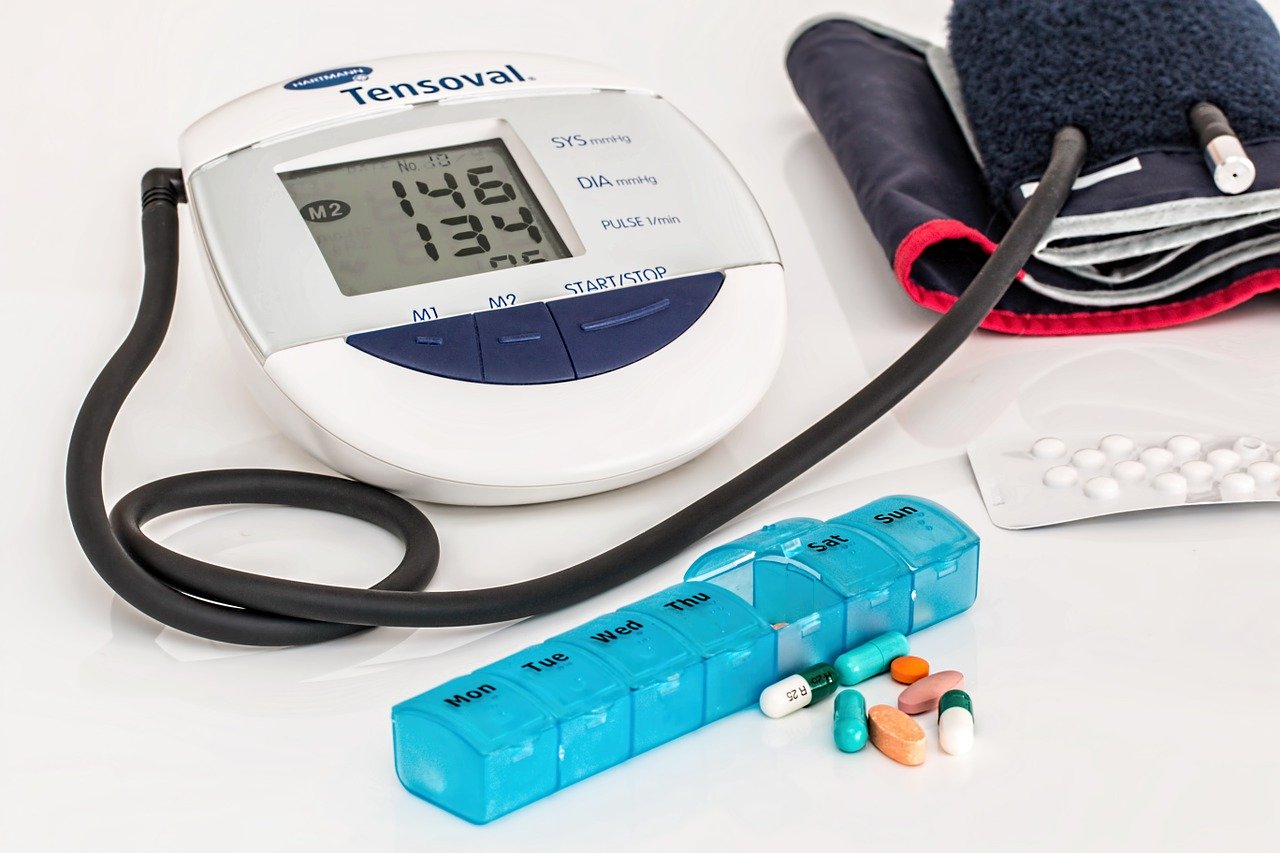 Untreated or poorly treated hypertension poses a serious threat to health. First of all it hardens, thickens and deteriorates the walls of the arteries, thus promoting the development of arteriosclerosis. In the long run, an artery subjected to excessive pressure is likely to burst, causing bleeding which, especially in the brain, can have very serious and even lethal consequences.

Having to cope with greater resistance to blood flow, the heart must provide considerable additional effort and this progressively leads to heart failure. Hypertension that has not been kept under control for several years can also be harmful to the eyes and kidneys (visual disturbances, kidney failure).

Hypertension therapy is primarily based on improving life and food hygiene. Here are the main measures to be taken:

As a clinical study conducted a few years ago in the United States has shown, a diet rich in fruit, vegetables and low-fat dairy products rapidly and durably decreases blood pressure. Furthermore, according to the latest research, the percentage of hypertension is lower in countries where there is a high consumption of calcium.

I am a Nutritionist Biologist. I graduated in Biology with a specialization in Genetics in 2006 and then my master's degree in Biology in 2007. Later I had various experience in the field of nutrition and research. Combining a healthy and balanced diet can help you live better and strengthen your health. A targeted and personalized nutritional plan certainly affects your well-being. Therefore, adopting a healthy and balanced diet with a personalized food plan based on health, habits, tastes and culinary skills, can give the desired results.
Join The Conversation