Swimming is the best exercise. Or is it?

The exercise that is performed in the pool is effective enough, but for the reasons we are going to explain it cannot be considered the best to obtain the best results in terms of weight loss and body toning. Doing cardio + weights + proper nutrition can certainly give better results.
Swimming, by its nature, does not allow the body to “burn” the calories in the desired quantity.

Swimming is an aerobic exercise, with the exception of short sprints where the muscles work anaerobically.

As with many other anaerobic exercises, swimming reduces the harmful effects of stress, but it must be said that with the use of weights the anti-stress effects are even more evident.

While aerobic exercises typically burn fat and help you lose weight, this effect is limited in swimming, even if staying in cold water would potentially burn more calories to maintain body temperature. The reason why swimming does not significantly reduce weight has not yet been explained with certainty, but it seems linked to the greater dispersion of the heat of the water.

There are several reasons, the first being that water cools the body faster than air, and many researchers believe that as a self-protective reaction the body, similarly to what happens in cetaceans, tends to maintain a layer of fat under the skin. that acts as a thermal insulator and helps the body not to disperse too much heat.

Secondly, it is believed that appetite decreases with increasing body temperature, such as during exercise in the gym. Since the temperature of the surrounding water is always lower than that of the body, the body is cooled almost instantly when swimming.

Once again, while swimming, the body that is cooled by the surrounding water reduces the metabolism and consequently the amount of calories burned.

Suffice it, however, to observe how, for the same weekly physical effort, all those who swim acquire a “soft”, certainly not “hard” aspect like those who do cardio / weights / diet.

It should also be added that swimming, considered by all a complete sport, cannot compete with Bodybuilding / Fitness. In fact, swimmers tend to have very toned shoulders, but usually disproportionate to the lower part of the body.

On the contrary, cardio and weights take into account every sector of the body, muscle by muscle, and, following the advice of a good instructor, any deficiency can be prevented and eliminated making the body much more harmonious.
It is for a reason that it is called “Body building”! 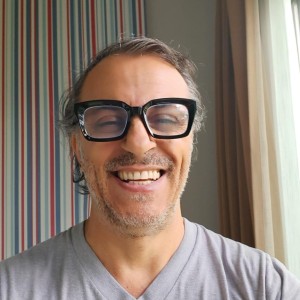 Love for Space and Exploration. I am a Web and Graphic Designer and also a tech enthusiast with a passion for food, wellness, fitness and the relation between health and modern technology. Read my blog here:
Join The Conversation