Tighten your breasts at the gym

After the conquest of the upright position, consequence of the evolution that took place in the human species, the woman began to suffer from the first aesthetic problems: she was losing her greater sexual attraction towards the male! The typical prone position of the quadrupeds, which previously highlighted the buttocks, was setting and would have left the female with her arms of seduction popped.

Nature, coming to his rescue, solved the problem through the important change made to the appearance of the breast in order to implement a new signaling method as effective as the previous one, which takes the name of: “Self sexual mimesis”.
As can still be seen today on anthropomorphic monkeys, before this event the breast was substantially pear-shaped.

The breasts of the woman thus assumed the current rounded shape, similar to the buttocks, thus substituting the function necessary to attract male attention.
Observing the primates, it can be said that the breasts of their females are much less beautiful due to the characteristic pear shape, but they are designed with the right shape to encourage breastfeeding. In fact, women, with their full and spherical breasts, know well that to allow their babies to breathe during breastfeeding they must push the roundness of the breast with two fingers placed around the nipple. If the babies already knew how to speak, they would surely say: “beautiful, but unbreathable”!

The breast, inside, for most of its volume, is composed of an abundant lipid layer that wraps the actual secretory gland and is crossed, up to the exit from the nipple, by the duct. The described apparatus is supported and rests on the muscle bundles that cross the chest.

The size of the breast responds to congenital individual characteristics, where genetics, as in other circumstances, play a decisive role, and it must be said that depending very much on the percentage of fat deposited around the gland, it is really very (but very) difficult to find together with a really “full” breast, as well as dry legs and buttocks, and “visible” abdominals.
Women who have hitherto participated in beauty contests such as “Fitness” are well aware that the calorie restriction they undergo in order to appear “thin” unfortunately tends to empty the adipocyte accumulation present in the breasts as well.

To limit the excessive emptying, a moderate diet is used that does not negatively unbalance the caloric requirement over 12-15% of the total. To this should be associated a moderate muscular work program from a quantitative point of view, preferring short but fairly intense Workouts. Muscular activity aimed at preserving the volumes of the sinuses must mainly affect the sternal and rib pectoral muscles, since the breasts rest on them. For the opposite reason, excessive training should not be applied to the muscles of the clavicular pectorals because the female appearance would be altered, giving the chest improbable “male” proportions and therefore making the breasts appear small.

These structured workouts allow you to reduce the average percentage of fat and preserve the beloved roundness as much as possible. Here we can suggest exercises specifically designed to improve the beauty of this “magical” part of the woman.

Power training should be abolished. The recommended are with slow, controlled and styled movements:

(Internal rotators of the scapular muscles)

These are all movements which, by registering the muscles as a real “linkage”, allow the shoulders to go back to retroption. Together with the elevation obtained with the sternal pullover we will improve the posture of the entire upper part of the bust and we will obtain an excellent positive effect on the beauty of the chest area.

In these conditions, even a less prosperous breast, with the right constancy, can reach a tonic, desirable and luxuriant appearance. 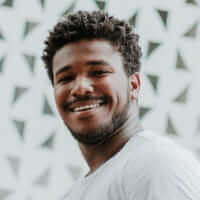 Samir worked for years as a sociologist at various research institutes, devoting himself above all to the themes of identity and memory. He is writer and artist and expert in social communication.
Join The Conversation

Samir worked for years as a sociologist at various research institutes, devoting himself above all to the themes of identity and memory. He is writer and artist and expert in social communication.

PrevPreviousSwimming is the best exercise. Or is it?
Next5 Fitness Lessons I Learned Being In The MilitaryNext
Menu