Various telecommunication organizations have started placing 5G enables towers at various places around the world for test runs. The world is becoming ready for the 5G revolution but are health concerns being seriously considered?

Soon the cities will start filling up with 5G towers bringing these ultra-high frequencies and ultra-high intensity waves closer to us.

To put the difference between the previous technologies and 5G in perspective, consider the fact that 1, 2, 3 and 4 G used waves that were between the frequencies of 1 to 5 gigahertz. As compared to this, 5G uses waves of 24 to 90 gigahertz. When we look at the RF radiation portion on the electromagnetic spectrum, as the frequency of the wave goes up the wave becomes more dangerous for the living beings.

Another major problem with this technology is that it will not use the traditional mobile phone towers that we are used to seeing in our cities. One of 5G’s main feature is that it uses shorter length Millimeter Waves. As the data is distributed in smaller pieces and the waves have a shorter wavelength, they are able to travel a lot faster than before. But this also creates a problem.

Shorter length waves that are used in 5G technology do not have the ability to travel large distances or pass through objects. This means that there will be a lot of mini-towers all over our cities in the coming few years. It has been estimated that in order for this technology to have full coverage every 2 to 8 houses will need a mini 5G tower. This will greatly increase the exposure of these waves on common people.

And international EMF Scientist Appeal was signed by more than 230 scientists from 41 countries which demanded strict regulations regarding this technology. It also asked for more publically funded research on 5G’s effects on human health.

This will help in confirming or debunking these claims and make sure that if the technology progresses it does under proper regulations. Despite all these claims, scientifically speaking, the RF waves which are used by the cellphones to send and receive signals fall somewhere between the microwaves and the FM radio waves.

The non-ionizing radiations are considered insufficient in terms of energy as far as causing DNA damage inside the human body cells is concerned. This is how they differ from the stronger waves which are ionizing in nature such as the x-rays, ultraviolet, and gamma rays.

It is true that the RF waves are capable of raising the temperature of the body tissues, however, the energy from the cellphones is not sufficient to cause an increase in the body temperature. 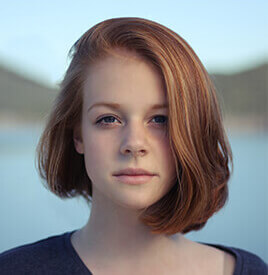