Balancing your diet at work

A proper diet regulates, sometimes significantly, on the health of individuals and communities.

An unregulated diet however, can lead to chronic lack of essential nutrients, excesses and nutritional imbalances. This are all risk factors for the onset of metabolic and degenerative diseases, a low productivity and a reduction in quality levels.

Proper nutrition is of significant importance for the well-being of both healthy and sick citizens. The impact of food in terms of the risk of chronic diseases can be somewhat quantified. The diseases with the greatest impact and which leave greater scope for prevention are in most industrialized countries, obesity, food behavioral disorders, some diseases of the cardiovascular system, certain cancers, diabetes non-insulin dependent, osteoporosis, disorders caused by iodine deficiency, nutritional anemias and, in particular, iron deficiency anemia, tooth decay, liver cirrhosis, and finally food allergies and intolerances.

From the post-war period to the present day, nutrition has been enriching on the nutritional level, but also substantially modifying the structural one and following the variations in the consumption of single foods or groups of foods, variations of direction and intensity differentiated, in the decades that have followed. In recent years, the situation has positively changed in the comparison between consumption and recommendations with regard to the intake of simple sugars, total fats and saturated fats (a slight excess remains for the latter), while it has worsened as regards to the contribution of complex carbohydrates and proteins.

Among the various determinants of the most recent consumer behavior of most of the western world, those inspired by a correct nutrition-health relationship seem to be more influential. On the other hand, the consumption trends observed in some of the  European countries, characterized in the past by strongly different food traditions, lead to increasingly homologate the territorial food models, with obvious repercussions on the nutritional status of the population (for example the abandonment of the Mediterranean food model).

The type of food present in countries such as Spain, Italy or Greece today is extremely rich and complex. The problems related to their consumption are varied, including biological contaminants, radiation technologies, chemical contaminants (pesticide residues, veterinary drug residues, metals …), food additives, genetically modified organisms. The biological contaminants present in food can be either cause of intoxications caused by the ingestion of preformed toxins (toxins of S. aureus, of C. botulinum, of B. cereus, algal biotoxins, mycotoxins ..), and of infections caused by development of microorganisms in the intestinal tract and sometimes in other organs (Salmonella, C. perfringens, Y. enterocolitica, Campylobacter, Norwalk virus, etc.).

Although exceptionally lethal, food-borne diseases represent a serious public health problem due to the high malleability, the high number of subjects who may be involved in a short period of time and the severity they can take in children, the elderly and particularly in immunocompromised subjects. Nutrition is one of the factors that most strongly affects growth, physical and mental development, the performance and productivity of individuals and therefore, ultimately, the development of peoples and their destiny. This influence manifests itself in various forms. Acute or chronic deficiencies of essential nutrients can be observed or various intoxications can occur. But the most important element in the context of industrialized countries is the association with the widespread presence of metabolic and degenerative diseases in which nutrition is an important risk or protection factor. For these multi-factorial diseases, it is difficult to identify a single responsible factor.

The great evolution in terms of quantity and quality, which occurred in the food consumption of European Countries from the second post-war period to our days, is a known fact, subjected for some time to careful consideration for the different implications of a socio-economic order, as well as for relations with the well-being and health of the population. Evaluating the changes in terms of energy macronutrients, we note that the total ration, expressed in energy, began to exceed the recommendations already in the 1960s. From this period, moreover, the growth of lipid consumption and the contraction of that of carbohydrates, complex species, begins.

In the last ten to fifteen years there are further changes in the consumption of the various food groups in the European food model, very often marked and of diversified intensity. In fact, comparing the relative changes between the 1990-94 and 1981-85 periods, we note the occurrence of consumption contractions with regard to wheat, dried fruit, sugar and wine, but also for milk and butter, products , the latter, whose consumption previously had always had a growing trend. The availability of vegetables, poultry and eggs is growing slightly, while more sensitive percentages, according to these data, are for rice, fresh fruit, pork, minor meats, both fresh and preserved fish. , seed oils.

The development of food consumption in quantitative terms obviously has a correspondence in the trend of the phenomenon in monetary terms.

What radically influences a person’s eating habits is the course of the day according to what he does every day. Specifically, the employee, or those who perform sedentary work, often have a day before them with more or less constant rhythms. It is precisely this constancy that often leads to a succession of errors, both food and behavioral. These errors, often not known, may be responsible for some diseases such as:

The most common errors certainly include excessive caloric consumption, monothematic dishes, incorrect distribution of nutrients during the day and prolonged physical inactivity beyond office hours. In fact, often the wrong feeding compromises the whole day, working and not, making everything much more difficult and difficult to complete. Recent studies have shown that a correct diet regulates positively the level of attention, consequently increasing the work performance. Attention is paid to this subject because, in our countries, there are millions of employees who do not pay due attention to this topic.

The most common eating habits

It is useful, to understand better, to analyze in detail what the average “modern office worker” usually consume. Usually breakfast includes a quick coffee consumed at home and nothing else, a coffee with colleagues who have just arrived at the office, another mid-morning coffee, at best combined with a croissant, up to lunch, usually consumed in canteen or restaurant. Lunch is one of the crucial moments for this category of subjects since in a period of time ranging from 40 minutes to an hour and a half they consume a fast meal often hypercaloric. The speed at which lunch takes place in the long run is responsible for a laborious digestion, which will take place during the remaining working hours, and in the worst case of the onset of dyspepsia. Lunch usually consists of anything from noodles, more or less elaborate (like lasagne), a meat dish such curry and rice, some bread, a side dish like French fries or other potatoes, some fruit, a dessert, all washed down with a carbonated drink (cola type) and to complete, another coffee. Such a lunch is excessively elaborated and might not be the best qualitatively.

A similar ration could be good for a person who should not continue to work because one of the immediate effects of this is certainly a strong drowsiness caused by a rather laborious digestion. If we consider that the employee finishes working around 5.00 pm to get at the end of the day, without falling asleep, he probably necessitates at least another coffee. As you can easily see at best, by mid-afternoon, the subject in question has consumed at least five coffees! It should be remembered that coffee consumption in excess of 2 – 3 cups per day can be alone responsible for the onset of hypertensive disease. Attention is not only coffee, or rather caffeine, responsible for this, but equally so are drinks containing it such as cola, energy drinks, etc. Another characteristic of this excess of coffee, which is often not reflected, is the teaspoon of sugar added to sweeten it. In fact an average sweetened coffee contains 5 – 6 grams of simple sugar multiplied, in our case, for five there are more or less 25 – 30 grams of sugar (about 100 – 120 Kcal.) By the afternoon. If this is combined with the drinks mentioned above, it will have the effect not only of the onset of hypertension but also of an increase in blood sugar.

It has been easy so far to show how a common habit can have negative effects on public health and how important it is to focus on nutrition and office work. The effects of feeding these subjects is highlighted by the constant growth of cholesterol levels and hypertension. Factors that have grown both due to the intake of saturated fats introduced, (see butter, margarine, salad dressings, creams), to exhilarating flavor, (see the simple cooking salt or sodium glutamate), widely used in “improving the flavors” of prepared foods , both for the typical sedentary lifestyle of these works. In fact an hour of physical exercise, even twice a week, is able to reduce those cases of mild cholesterolemia without using drugs.

What is often associated with the sedentary lifestyle of these subjects is a reduced consumption of fibers that, more often found in women, has the effect of chronic constipation. In addition to the dietary factor, a behavioral factor is also associated with this problem, namely the ignoring of the evacuative stimulus, which often arises during working hours. It is, in fact, a common habit to avoid public baths, often for hygienic reasons, or those of the workplace, but this continuous postponement determines an intestinal irregularity that often forces the use of laxatives with known harmful effects. This chronic constipation associated with these bad habits can eventually lead to intestinal diseases such as diverticulosis and also to some colon cancers.

In conclusion we can say that the daily ration of an office worker should take place more or less like this:

Breakfast is often not even considered a meal anymore and therefore its importance is underestimated but instead this is the most important moment of the day since our body comes from the night, during which it is usually many hours after our last meal and therefore it is in the energy limits. It is difficult to face a working day if your energy is on the low side and this is why we continually resort to coffee.

Even the mid-morning snack has its importance, in fact our body requires it because without a proper breakfast is still low in energy, it would be good practice in these cases to consume foods rich in energy ready as fruit, or if not available juices, which provide energy without weighing down and allowing work to continue.

Lunch must provide the necessary energy to recover those expenses but it must also allow it to be able to continue working. Lunch, in fact, for those returning to work is of crucial importance must be not very caloric, rich in fiber and low in fat, which are responsible for the post-lunch drowsiness. This is associated with fruit, preferably citrus fruit, which in synergy with lunch fibers provide a significant amount of vitamins, useful for maintaining a high level of attention and therefore work performance.

Dinner, often, for these subjects it is the moment of greatest relaxation, in fact there is a tendency to “recover” what could not be consumed outside. This risks compromising all the dietary progress of the day, exaggerating with fats and with carbohydrates, energy foods that if not used to provide energy, risk depositing causing an increase in weight, etc. So it would be a good idea to consume a dish based on protein, such as meat, fish, legumes, etc. vegetables, to promote intestinal transit, bread, necessary to recover energy, and fruit. 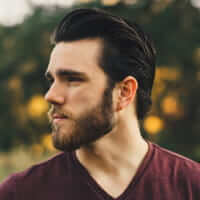 Manager in a well-known International Group, operating in the Engineering and Plant Construction sector. His Passion for nutrition, fitness, health and supplement led him to become a writer for us after being a moderator.
Join The Conversation