Nutrition for the elderly

In many western countries, the elderly population is clearly increasing: the over-65s are now almost 28% of the total population. Available studies indicate that healthy elderly people are generally fed satisfactorily, which does not mean that the elderly population is at risk of malnutrition. In fact there are many factors that can worsen nutrition, and therefore the state of nutrition, in this phase of life: loneliness, widowhood, low income, disability, chronic diseases, depression, use of drugs, etc.

This in addition to poor nutrition education. The widespread opinion that the elderly should eat significantly differently than the adult is wrong. In fact, except for specific contraindications (diabetes, dyslipidaemias, hyperuricaemia, obesity, etc.), which are also valid for previous ages, the diet indicated in the third age does not differ qualitatively from that of the adult even if the need for energy decreases.

The lower caloric needs deriving from the reduction of the basic requirement (linked to the reduction of the lean body mass) and from the reduced physical activity lead to a significant decrease in the energy requirement around 75 years. As far as proteins are concerned, the recommended requirement for previous ages. The most recommended protein foods are milk, cheeses, legumes, eggs, fish (a precious carrier of omega3 polyunsaturated fatty acids) and meat (especially lean meat and poultry), also sources of calcium and iron that the elderly often lack.

It is advisable to reduce the fats preferring those richer in monounsaturated and polyunsaturated acids: olive oil, some seed oils, fish and dried fruit fats (in small doses). The consumption of complex carbohydrates, such as those provided by cereals, wholemeal bread, legumes and certain types of vegetables and fruit, which provide energy, fiber, iron, along with other minerals and vitamins, is recommended.

Generally, however, the elderly, especially if they live alone, tend to give excessive preference to refined sugars as well as ready-to-eat and easy-to-eat foods, such as some cold cuts, aged cheeses, etc., rich in saturated fats and salt, whose excess favors the onset or aggravation of high blood pressure. Alcohol consumption must be kept under control, also in order not to damage the liver. In conclusion, it is good that the elderly, even more than the young person, check their weight, vary their food choices, fractions in several meals the daily dose of food – also in order to facilitate digestion – and drink plenty of water frequently.

In Conclusion – How to behave: 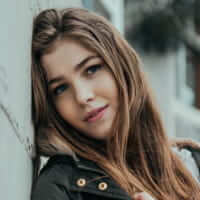 Among other things, Christine is an Expert in e-Commerce Systems. Launching new startups and she is a wine and coffee lover.
Join The Conversation